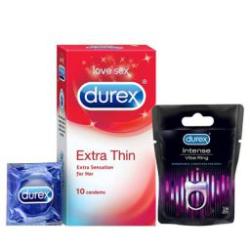 When having sex with a fuck buddy, it is always a good idea to use a condom. With a man and a woman, it may well be that the woman says she is on the pill and that deals with the contraceptive issue. If it was me, as a man, and I was new to that fuck buddy I would still use a condom. Why? Well, firstly I would want the comfort of knowing that things were safe, that there would be no potential pregnancy in play. A condom gives me that security. Secondly, I would use a condom for protection from STDs and other diseases. It is “probably” fine, but personally, I would like to be 100% sure. This is why it can be a real issue if a condom breaks! Suddenly everything is back on the table and you and your fuck buddy have to deal with it. So why might a condom break? Here are the main reasons so that you can avoid this disaster.

The condom is old

Always check the date on the condom. If it is out of date, never use it. A condom is made of a special rubbery material that is designed to stretch and not break. However, everything gets weaker with time and using an old condom puts you at risk of a break. Don’t do it. Ditch it and get a new one.

You did not open the packet carefully

There is something really sexy about having a girl open a condom pack with her teeth and then put it on you with her mouth. It is a rare skill, and if you are with a fuck buddy who can do it, you are in for a treat! However, opening a packet with your teeth, if not done carefully, can lead to a tiny tear which quickly leads to a full split later on. Be careful when you open the packet, don’t damage the contents!

It was stored in the sun

Sun and heat will degrade a condom. It really needs to be kept in a cool dark place. This usually happens as it is kept in a drawer out of sight, so this is rarely an issue… but do not leave it in the sun! It will degrade over time.

Put it on right!

When you put it on, you need to leave space at the tip to, erm, well, collect! If you don’t do this you may find you have a balloon effect which can lead to a split, so put it on right!

So there are the big reasons a condom splits. Bear it in mind when you are next with your fuck buddy to avoid any accidents.