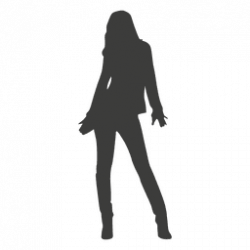 Summer is a peak period for finding someone of the opposite sex for adult dating. According to research by the Journal of the Royal Society of Medicine, summer really is the time that the most people have sex. This is not just hearsay evidence. Studies have been carried out, data has been analysed and results have been scrutinised. After all that work was done, it told us something that I could have told you off the top of my head without any need for all the time, effort and expense involved in the many studies that were carried out. More people are having sex in the summer than any other time of the year. It seems commonly accepted knowledge this, but it is nice to have the science behind it. If you are a man looking for a woman to be your fuck buddy, summer can also be one of the most intimidating times of the year to hit no someone, though you are also more likely to be successful. Allow me to expand on this.

In the summer there is so much more skin on show. The ladies pull out the short tops and even shorter skirts. You see legs, shoulders even some side boob will become a regular offering when it gets really hot. With global warming in full swing, the summers are getting hotter than ever, which means it really is time to show off… and that means that most women tend to look much more attractive. This is a good thing for everyone involved… but it can also make women seem more intimidating. Whether we like it or not, most of us set an internal level as to our “league” and hitting on someone who appears “out” of our league can be intimidating and a little scary. This means it can be harder to hit on someone that, 3 months ago, would have appeared to be “in” our league and therefore attainable.

Best of luck with the summer.