What’s the difference between causal sex and intimate sex? 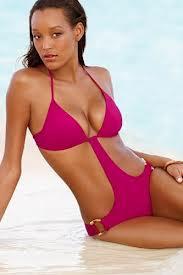 “Nothing at all!” someone yelled out at a seminar hosted by a Pick Up Artist several years ago. The Pick Up Artist (PUA) smiled, but admitted that the heckler was wrong.

“Men and woman sometimes treat sex differently. There is a strong illusion within the pick up community that women crave intimacy with a mate more then men do. In actual fact the statistics show that both men and women crave casual sex and intimacy in about the same proportions…though not always at the same time. There is therefore a huge difference between casual sex and intimate sex.”

Interesting stuff and a quote I can still remember word for word. It is also I have to say very true.

Sometimes we just want a good fuck
Whatever men and women say, biology dictates that sometimes we just want a damn good fuck. Our brain chemistry is proven to go a little haywire if we haven’t had sex in a long while. Sex is healthy in reasonable quantity (though one can go too far the other way). Yet after we’ve got the monkey off our back and roll over to see the person next to us in all their naked glory, we often have a habit of putting an arm around them. It’s a natural thing to do. Yet when does it become intimate?

Intimate sex
Many women (and men) often argue that the best sex comes from having it with someone you have established a relationship with. Women claim they can achieve better orgasm by having sex with a man they know and trust whilst men claim they can go a lot longer and experience more pleasure with a woman they have been seeing regularly as opposed to a casual partner. This is logical really when you think about it – the more you know someone the more likely you are to connect on a level deeper then sex which only serves to heighten the sexual chemistry.

A good long fuck
However it is important to remember that sometimes having a good fuck just for the sake of having it is not necessarily a bad thing. You can experiment a lot more with someone you don’t know that well and try things out that you’ve never tried all without the worry of what they might think of you in the morning.
Casual sex and intimate sex may be different, but they are both equally valid. It just depends on what stage you are at in your life.