Oneitis – Why we all turn into morons when we like someone 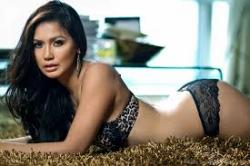 There’s this weird situation that all guys and girls face at some point in their sexual lives. You meet a few people, sleep with them and just carry on as normal the next day.

But every now and then you go all ‘Romeo & Juliet’ and end up falling heavily for one person in particular. You get tongue tied, you get the shakes, you spend hours pining after them and sometimes you even get the sweats. The tongue tied part is the worst. You recite clearly what it is you’re about to say in your head, you rehearse it, check yourself out in the mirror before you say it, but when it actually comes down to actually saying it…you can’t. Instead one of two things happens. You either spurt out the most inane rubbish you’ve ever heard of in your life, or you end up looking at the object of your affection like a goldfish; silently opening and closing your mouth.

Lessons
I recently came down with a severe case of ‘oneitis’. If you haven’t heard that expression before it basically means becoming obsessed with one person. It’s the adult version of a ‘crush’. You convince yourself that this one girl or boy you’ve started to like is the only girl or boy who can fulfil your need. You spend hours obsessing over them. You imagine yourself with them. You imagine them telling you how much they fancy you and how much they want to sleep with you and that they were afraid to say anything because they didn’t think you felt the same way.

Why it’s bad for you
You can’t see the wood for the trees when you’ve got a crush. The whole world becomes distorted. Shakespeare’s tragedy of Romeo & Juliet might be seen as the definitive example of why it is dangerous and unhealthy to become so obsessed with just one person. A tragic love story it may have been, but one of the points Shakespeare was trying to make was that obsession serves madness.

How to break the crush
There are to my knowledge only two ways to do it. The first takes longer but requires low action. The second requires courage, but enables you to recover far more easily.

1. Stop spending time with your crush
2. Tell your crush how you feel

I went for option 2 recently because I got fed up with not being able to concentrate effectively whenever I was around this person. I was politely rejected.

What I’ve learnt
The sooner you deal with a crush, the sooner you can move on from it. Don’t spend months pining after this one person you like. If you like someone – tell them sooner rather than later. It might work out! It might not. But one way or another you avoid that dreaded zone we all fall into at some point – the ‘friend zone’.