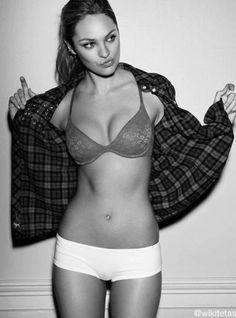 The 2011 film friends with benefits with Justin Timberlake and the oh so hot Mila Kunis was billed when it came out as a RomCom. Having now seen it, I would call it more of a ComRom if anything! The focus is on the comedy elements and infact the film itself does a really good job of taking the micky out of Romcom’s as a genre. During the film they have a section where they watch a romantic comedy, which is a heightened version of one. It is infact the worst most over the top romantic comedy ever, with all the cliche’s you would expect from the meeting under the clock at the train station to the chasing the girl with flowers and turning up just before she is about to leave for some other place. It even has a white carriage in it!

For all the film is Hollywood heightened it also does a good job of normalising something that should always have been considered normal. Sex.

There is a taboo when it comes to sex, always has been in our lifestyle. What the film does do is bring across a world where actually it can be normal and healthy. The two main characters, who are friends who effectively meet through work, set up a friends with benefits type of agreement after both being dumped by their respective partners. They start sleeping together on a sex only basis. One of the best things about this is the first sex scene.

When they first jump into bed they are both so adamant to keep emotions out of it, they both feel completely free to be and say what ever they want. They are wonderfully honest with what they want, “Grab my ear” “kiss my neck”. It means that their first time is probably the best first time they have ever had! They are both guiding and helping the other to be the best lover for them that they can be. This level of honesty is something that I think that we could all learn from. If you want to have the best sex you have ever had – a high level of honesty is one of the key things that will help you achieve it.

They also have a really healthy friends with benefits set up. It is neither controlling nor stifling, it is in no way forced. It is completely consensual on both sides of the table, and they both benefit from it.

I am not a fan of romantic comedies by any means, I would say if you are going to force yourself to watch one for some reason, you would do pretty well by choosing this one.