Why the male pill would be great for male fuck buddies 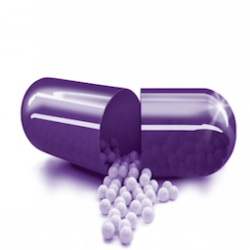 When engaging with a fuck buddy, you are looking for a no strings attached relationship. One of the cornerstones of the adult dating world is that things are casual, relaxed with none of the super serious stuff that arises in a standard relationship. This means that when you have a friend with benefits, it is exactly that. Not a girlfriend, not a boyfriend, a friend with benefits remains a “friend” in terms of the expectations and potential longevity of the connection and relationship. The one thing that no one wants, is a pregnancy. Many women are on the pill and this deals with the issue, but I think that there is a strong argument for the male “pill” being pushed out, and this is why.

The current contraceptive options for a man

Whilst a woman cannot escape a pregnancy as it is her body that is growing the unborn child, in the modern world a man is still tied financially (if not emotionally and ethically) to a child that he has caused to come into the world. Under new laws, people who anonymously donated sperm now can be tracked down by their genetic children. So as a man, you also have a lot to lose if an unwanted pregnancy occurs. The current options are:

A vasectomy is a permanent option and should not be taken lightly as the reversal is not guaranteed. If you are sure you never want kids then this is fine, but this is not a good day-to-day solution for most men. Condoms are a wonderful solution. They are mostly guaranteed, give both parties clarity as you both know it is in use, and can also protect you from STDs and diseases should there be one present. A condom can really give confidence, this is good. If you want full skin to skin contact though this can be a problem

The issue for men with a girl taking the pill

It comes down to being in control of the process. Can you be sure she has taken it? What if she forgot that day, or there was some issue with it? As a man you want to be sure that contraception is in play.

If the male pill was released, a man could take full responsibility for ensuring long term contraception is in play. He could always be sure that it is there because he is the one taking the pill. A woman can also do the same because there is nothing wrong with the woman also being on the pill. A release of this would be a game changer in the field of contraception.