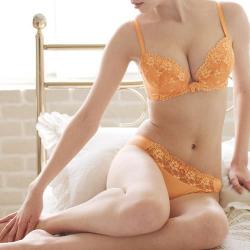 As a guy having an orgasm is pretty easy. Hell, we can probably jerk ourselves off twenty times before breakfast and still have enough left in the tank for brunch. Making a woman have an orgasm – and we mean a proper orgasm – has often been likened to climbing Mount Everest, with a car strapped to your back, wearing nothing but a pair of swim shorts in minus 30 degrees. Basically it often feels like an uphill struggle with a massive weight of responsibility coupled with performance anxiety that can leave the woman cold.

But is it really that difficult to make a woman come or are we just being selfish pricks?

Getting the girl off
The number one concern most guys have when trying to please a woman is whether or not they’ll be able to maintain an erection long enough to give her the huge O she’s gagging for.

Newsflash fuck fans; many women regularly don’t orgasm during intercourse so don’t blow a load if you…well blow your load too early. Simply follow our expert direction and you can both enjoy reality bending orgasms mutually.

Rule 1 – KILL YOUR STRESS LEVEL
If you want to get your fuck buddy off as well as yourself then the first thing you need to do is chill the fuck out. Nothing kills sex faster than someone who is too much in their head.

Sex is supposed to be relaxing, enjoyable and fun. If you’re worrying about work or money or whatever then you’re not going to come close to having an orgasm.

Rule 2 – CLITORAL STIMULATION FOR HER
The 15 minute orgasm has achieved a cult like status thanks to Cosmopolitan along with thousands of testimonials given by fans. The great thing is we’ve field tested it and guess what; it works.
If you want to give a girl a mind altering orgasm or as a girl you want your guy to get off his butt and do some hard labour on you try this.

1. Guy sits on the right side of the woman with his left leg lying perpendicular across her body between her tits and ass.
2. Facing outward guy places his left hand under the girl’s ass with two fingers on both butt cheek and his thumb resting on the base (not the entrance) to the vagina.
3. Using the palm of his right hand guy separates labia and retracts the clitoral hood.
4. Guy anchors the clitoris with his right thumb by holding the hood back.
5. Guy should now imagine looking at the clitoris from directly between the girl’s legs.
6. Guy should find the 1 o’clock position as he faces the clitoris – hint; it’s a small indentation/groove – with his right hand’s forefinger.
7. Guy begins to stroke the groove using the lightest touch – if you go too hard you can actually hurt the woman.
8. Once guy has found the groove and begun stroking it, continue gently and constantly like a metronome.
9. Woman should begin feeling intense pleasure and warmth after only a few minutes once the groove has been found.
10. Keep going.
11. Things will get hazy for the woman. Keep going.
12. Woman will start to moan with pleasure. Keep going.
13. Woman might actually start tearing at you in ecstasy. Keep going.
14. Woman will experience a constant building orgasm. Keep going.
15. Woman passes out with pleasure. Stop and get a glass of water.
16. Woman wakes up. Smile and ask her if she wouldn’t mind returning the favour.
17. Woman returns the favour.
18. Both parties fully satisfied. Job done.

Rule 3: CHILL OUT
We cannot stress this hard enough! If you don’t relax the chances of either of you having a decent orgasm if any are virtually zero.

Summary
Finding the perfect O isn’t as hard as it’s been made out to be. All you have to do really is chill out, have fun exploring each other’s bodies and go for it.