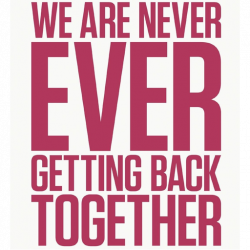 When it comes to adult dating, people who are not involved it in often think that heartbreak never happens. They think that just because people are in no strings attached relationships, or because they are strictly fuck buddies that there can never be heartbreak. They are wrong. I would be quick to forgive them for their misconception. The idea behind adult dating also encapsulates the idea that there is no heartbreak. If there are no strings, then there is rarely the attachment that is a prerequisite to heartbreak. However, despite best intentions and all honesty between the parties who enter into an adult relationship, it still happens. For the most part, it is quite low level and quick to recover from. One person decides they no longer want to sleep with the other. They part ways and there are no hard feelings, but one party is disappointed. That lasts for a short amount of time before it fades and the person finds another friend with whom they can hook up. However, sometimes, just sometimes, it can be much worse. One party develops feelings that are not reciprocated and that ends things. Then the person is in a hole for a while. It is for this reason that I would like to share some of the greatest breakup songs to help you get over your forgotten friend with benefits.

Champaign Supernova – Oasis (if you were born in the 1980s)
This is a fantastic song. It is not specifically about a relationship which is why is particularly good for losing a fuck buddy, as often they are more like losing a close friend than a girlfriend or boyfriend. It is also about change, that people do grow and move and that can move people on. If you were born in 1980, this is a great one for you!

We are never ever getting back together – Taylor Swift (if you were born in the 1990s)
This music video was shot as a single rolling shot and is quite the piece of art to watch! It has the wonderful upbeat tune with a nice strong message behind it that reminds you to move on and not look back. It is also filled with beautiful people and somehow that helps! This is definitely a winner.

Valentine – Kina Grannis (if you were born in the 2000s)
This song is about love and fun and joy. It is the perfect Valentine’s day song, but it is also a great song to get over someone. It reminds you that there are other people out there that want to make YOU their valentine.

So, if you have had a hard parting recently, why not dip into one of these and cycle yourself out of it at record speed?